I don’t know about you ladies out there, but the next 6 weeks for me are going to be super crazy busy for me. Between work, launching a new side business, taking on new clients, trying to close out the year on a high swing and on a completed note, I’ve got a lot to get done before 2020 rolls around.

Last night I had back to back conference calls with two clients: one regular, one prospect. I still need to get some content ideas over to another client by the end of this week for a project I accepted and I got to prepare for some workshops we’re launching at work.

But doesn’t it always feel the same? At the end of every year, wrapping it up closing it out? This year feels a little more intense because I’m not where I was four or five years ago and I’m in a position where I have a voice and I influence impact.  But I enjoy it.  all the challenges that’s come my way. I’ve been enjoying every second of it.  I just look at this moment in time, this chaotic moment as a snapshot of the juggling act I’ll be doing for myself when I make the full leap to self employed individual.

Just counting down to it.  That, and the new year.  What does the rest of 2019 look like for you?

I think I enjoying performing notarizations after work. No having to get up extra early, map out where I’m headed and how much time I need to give myself to get to work. My day doesn’t feel nearly as long when I have a notarization in the evening as it would in the morning. And I’m in a more relax state of mind.

Except… dinner.  I could go for something to eat right about now.

It’s been a minute since I’ve shared an “inside the hustle”, and ladies I’ve been hustling. That’s for sure. But stopping to share the journey… not so much.

I’m in an Uber headed to Torrance. A client texted me from my Craigslist ad asking for same day services, so here I am headed their way hoping to make it by 9:30pm. Best thing about LA is that at this hour, it’s very likely.

The client caught me just in time, because I was about strip down and put bed-like clothes on. They’re not quite “pajamas”, but they serve the same purpose.

I’ll try to be more mindful and share these moments more often with you so we can support one another. And by all means, share your journey with me!

I’ve been texting a prospect notary client for over the course of 30 minutes. She found my ad on Craig’s list and needed someone to meet her at the Long Beach county (it’s actually the Century Regional Detention Facility) to have her wife sign a document to get their/her car out of impound.

Sure. $15 for the notarization. $40 for my travel fee, after all it’s outside of my service area. The last time I had to appear at jail for a client, we just had one of their officer people get the guy. Uh-uh. Not for this facility. They want you to create an account, make an appointment online a week in advance. I mean, damn!

So, I’m just waiting to see what the client says. Some of the challenges I face, as I continue to learn all about the reasons why someone needs a notary.

My notary work from Friday is now complete. I took a bus to the Red Line. From the North Hollywood station Ubered to the attorney’s office in which I was suppose to drop off the paperwork. Almost got hit by a car crossing Ventura Blvd.

All for two minutes of work. And $80. $30 of actual notarization services and $50, of travel fees. But I’m pretty sure that was all eaten up. So, I broke even. It happens. Part of the cost of doing business.

But I offered exemplary service which I’m proud of. Texted the client this morning to confirm in was en route to the attorney’s office and made sure I had the right address. Then once undropped off the documents, I texted him a photo of the location and called him letting him know everything was delivered and completed.

My favorite part: CashApp-ing him.

Finally made it home after seeing two notary clients back to back after work. Thank God I got off at 3pm today. One cclient liver in the The Hollywood Dells area and the other lived in the Hollywood Hills area. Both areas are very affluent and well off in terms of homes. Those people definitely do not go without. But the reception was crappy. After I left the first client in the Hollywood Dells area, I had a hard time getting an Uber to go to the next client because of the reception. And when I finally did get an Uber, somehow, it gave my driver the wrong address. Luckily, my driver was kind enough to enter the second client’s address into his Waze app. Each notary session took about 90 seconds to complete and yet, I probably spent an hour and half commuting to them and back home. Ugh!

I think going forward I’m going to decline that area for recieving clients. It’s not an ideal situation for using cell phone reception. And I need reception when calling for an Uber to travel. Now I’m home. I’m hungry. Didn’t get to go to Payless like I wanted before the stores close for good.

But, all in a days work. Right? 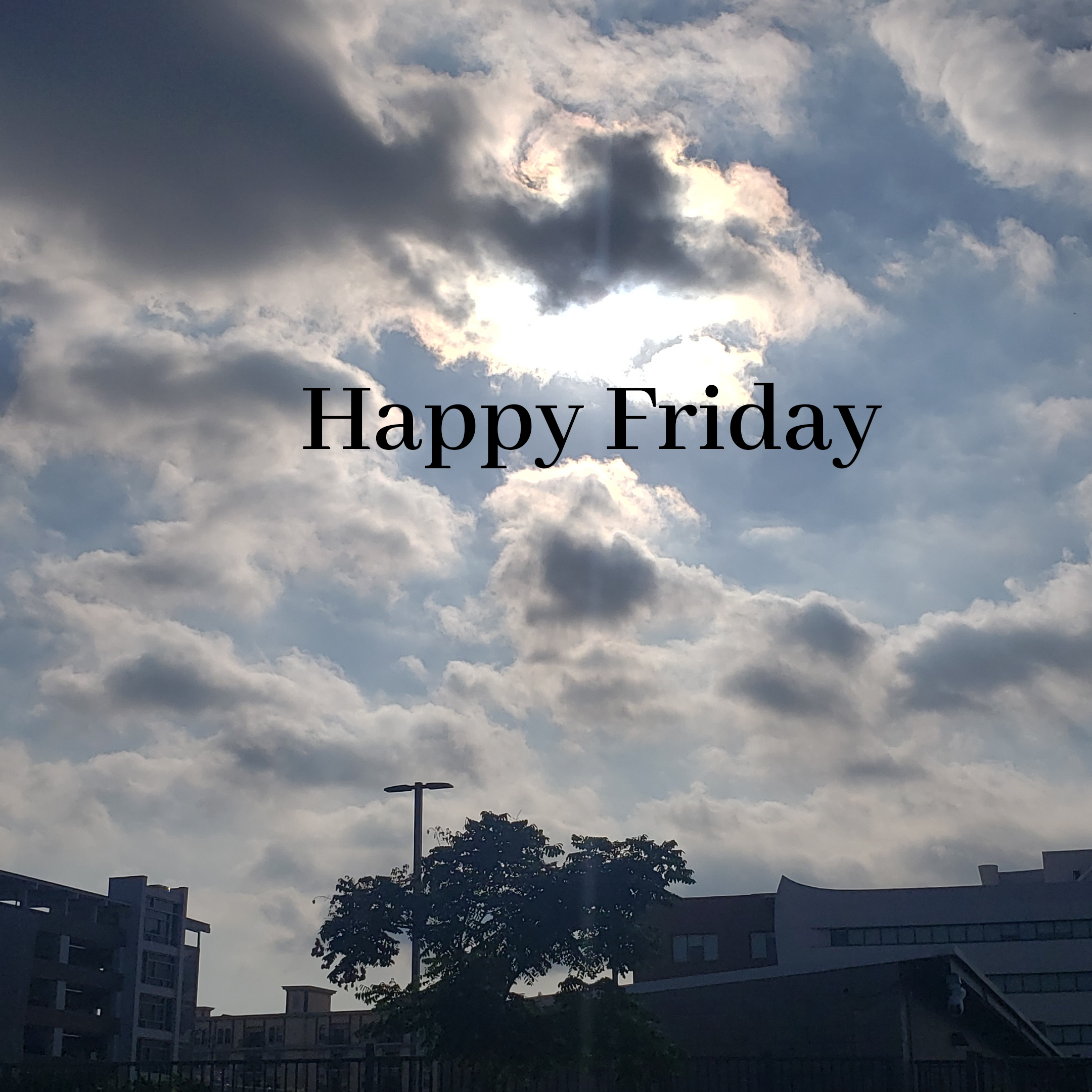 Happy Friday, ladies. Happy Friday everyone! Today is going to be wildly successful and I am moving into my goal of becoming successful, abundantly wealthy and completely fulfilled in my life.

This has been a very long week, but don’t we say that about all the weeks? Ha! This week feels especially long because of the opportunities that presented themselves to me as well as the things I still need to get accomplished. But all in all, it has felt like an amazing week.

I met up with Ms. Renee this past Wednesday in Downtown Los Angeles to learn that she would like to employ my services for a self publishing project she’s working on. In addition, Elle told me she refered me to a friend of hers in North Carolina who’s working on a product launch and her friend wants to hire my services for her content needs when marketing and delivering her message to the public. So… yea… loving it!

All lot going on, but I just need to start cracking down on my time management so I can get all these projects done and completed and take in new and exciting work like what I’ve been presented with.

The opportunities are there. We just can’t stop working or we’ll lose our momentum and traction. Let’s be real, your goals aren’t going to complete themselves!

I receive a text earlier this afternoon from a prospect notary client asking for a notary presenter service. Having never performed this service before, my first thought was, huh?

In the short year and a half I’ve been a notary, I have never been asked to provide this particular service. Every notary service has been me stamping, me witnessing signatures and other people signing. In a nutshell, at least. So when I got this request, I was dumbfounded. I first wanted to reply back and say “no and good luck”. I didn’t want to perform a service that I hadn’t done before and I definitely didn’t want to mess it up. Notary services are considering legal services . That’s why we’re all require to take out a bond. I happen to also be insured.

But then it dawned on me I wasn’t doing what I tell everyone else to do: Google it. Had this been anyone else dealing with me, I would have very strongly suggested they Google whatever they didn’t know. So that’s exactly what I did. And it took a few clicks and opening pages to confirm that I understood what this client was asking of me. I read and reread the information until I felt comfortable responding back to the client and negotiating a fee.

I responded back about an hour and half later after their text and unfortunately, they had found someone else to perform the service. But I don’t feel bad. I don’t feel like I missed out, even though I’m not the notary they’re using. I would have felt like I missed out had I said no without even trying to understand what was being asked of me. But now that I took the time and researched the service in greater detail, I feel confident in handling this in future should I ever be asked again.

What did Wayne Gretzky say?

I was in the Mid-City area about an hour ago to meet a notary client who needed to have a seller’s agreement notarized for his car he was transfering to someone else. He also happened to be moving out at the same time, so I notarized his document outside his building on the sidewalk.

A little unusual, but all in all, it took about 4 minutes for the whole process, minus the commute. And the strange thing was he was a client that reached out to me weeks ago and because I didn’t hear back from him, I thought he found another solution. Glad he didn’t.

Same weekend notary jobs require me to be up and at it at a client’s notice. I hadn’t even showered yet when this client asked me for notary services. And sometimes it bes like that.

It’s Sunday morning and I am on the phone with a website client who is asking for more services. The friend who recommended me this client initially told him I could do more for him, so he’s explaining what those needs are. And it just so happens to be accompanied with a life story, an ex-wife and an attorney. Yeesh.

Typically, I try to steer from clients with this many personal problems they vocalize because they end up being more work than they’re worth, my but my friend Carlos said the client really needs me. Well, duh! But, this may have to be the last referral I take like this. I already feel drained and we haven’t begun on anything.

What does that tell you?

We’ll see. I would like to stay home today and take of care of “me” stuff. Fingers crossed.

If anyone is curious to see the website I completed for this client, you can visit www.serraocabinets.com. Tell me what you think. Be honest!