Oh, I’m so tired right now. Legs hurt, arms sore. And my left shoulder is experiencing a pain like no other as a result of today’s constant lifting and moving. Lifting and moving, you ask? We’re hosting a breakfast fundraiser event tomorrow and we got most of the preparations completed today to make light work tomorrow. That meant me crawling inside of a U-Haul van and stacking 220 canvas gift bags. And a box of centerpieces.And the entire time, I smiled. I smiled not because I was at work and it’s my job to be all smiley and happy. But my game face is positivity. And smiling is apart of that. Laughing is apart of that. And when you’ve got a mountain of work and only a limited amount of helping hands, you gotta put your game face on.Power through it. When it seems like the odds are high and the work is tough — and we all know what that feels like — put your game face on! It’s easier said than done, but practice makes improvement.

Wanted to share this real quick if you don’t mind:

I want to start off by thanking Michelle for all her hard work. I’m a very tiny little business, personal training gym, working very hard to someday grow my business. I’m grateful to Michele and all the wonderful things she does for me and my business. She takes the time to check on me to see how I’m doing and the business. She bounces ideas off me or I can email her some of my ideas and she is very good at getting back to me with her feedback. Has done an amazing job with my website. She puts in a lot hard work and effort to help me move the gym in the right direction. I can’t say enough how thankful I am to her. Most people would just dismiss my business because of how tiny it is. I understand everyone’s goal is to work for big companies, I love how Michelle treats my business as if it were a huge company. Even when I get down and discouraged, to the point of quitting, she’s always
there to give me a helping man and push forward. It’s an incredible feeling to have someone that believes in my dream and is helping me turn that dream into a reality. I’m hoping to go to another Dodger’s game this Friday. They’re playing Cubs. Not that it matters, as I would watch any game they play. Huge fan. And as I’m getting in the spirit of the game to come, I pulled up YouTube and watched a couple of docuseries about Cody Bellinger. 2017 MVP, one of two Dodgers to hit 20 home runs in the first 20 games of the season. For a short while there, he had a batting average of .409, which is major! And even at .365/.37, still has the best average of any ball player this season thus far. And… he’s easy on the eyes.

But as the video shows they were documenting some of this (some I’ve just been up-to-date on), he was interviewed asking how does it feel to be on the streaj he’s on right now and he simply said it felt great. But there’s so much more he still needs to do.

I thought that was a great answer. Great that he acknowledged his victories but also was humble enough to know he could still be better. Do better. Go after better. Be better. Just… be more better of himself. I know for me, when things are good, I want to stop and enjoy the fruit of my labor. I want that instant gratification of reward. Forgetting that this victory, is one of many I need to get to where I really want to be.

But much of the time, a victory is measurement; a sign we are on the right track. It’s not a reason to slow down or slack off. Or even theendif our work. But a reminder to push ourselves even harder. Is it possible to push ourselves too hard? Absolutely! But a push that we have more ground to cover isn’t. In fact, it’s necessary.

Because no matter how good it feels to be the victor, if where we are is not completely where we want to be, keep pushin‘. Keep going strong. Even when things are already good. Don’t slack off. Keep pushin’

Until you wind where you’ve always planned. 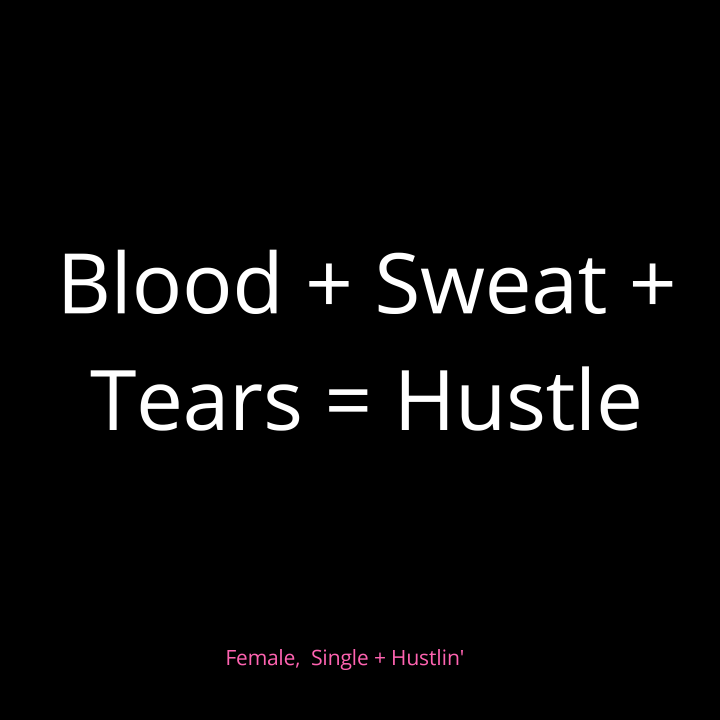 “Seek Help”, I know, I know. Cue in a politically incorrect joke here. But I don’t mean mental help, but help-help. Assistance. Advice. Resources. Money. That kind of help. Work first, then ask for assistance second. Meaning, do the work first, whatever is before you start asking others for help.

People who pitch to investors have some balls (or vagina) on them especially if all they have is an idea. How is it possible to get people to give you money for a idea you haven’t even created yet? I mean, I have lots of ideas. Where is the money?

In my experience, people won’t help you or offer their knowledge and resources until you show them you’ve got something worthwhile going already. There’s no, “I got an idea”. Are you kidding me? I come from a place where that’s how friendships and families get torn apart. Over someone asking for money for something they couldn’t prove they needed it for. And it was never a business related request, so I could only imagine how much more worse those fall out could have been.

But I learned that lesson from my step dad years ago. I had returned home from a college with an business idea I’d be working on with some friends and I was trying to rope him to providing some financial assistance. But he wouldn’t. He wanted me to first show him the viability of the idea and if we already had some traction.

But I get it now. I understand why he thought that and was hesitant to be involved. I was asking for a handout for an idea and I hadn’t done any of the real work. I had nothing to give him for his investment other than a promise of a hypothetical ROI. How did he know if that business idea would be viable, sustain, grow or would dismantle? He didn’t. And neither did I until I started putting in the work. I ended up not even finishing that project a year or two after returning from college. My friend Nick runs everything for the time being but I am minusculely involved, to say the least.

Don’t get upset with those who don’t see your vision if you haven’t shown them the work. Would you drop everything to help someone who hadn’t begun with putting an idea to paper? Would that be the best use of your time and resources? We talk about what we want done and what it’s going to look like when everything is completed. But we also have to being willing to be the first one on the front lines and work before we receive any kind of help. We need to show others we’re here for ourselves before someone else is willing to stand with and for us.

Yes, there will be. That is, hard work ahead.

Yes, there will be hard work ahead. But, as they say. No risk, no reward.